So much for the Energizer Bunny...

I'm exhausted - I returned from Dutchman U this afternoon and promptly slept for 5 hours (bliss). And I'm still so tired - in fact, I'm skipping The Activity tonight (mea culpa) to eat (for the first time since about 7am) and to sleep some more. Tomorrow, I must re-integrate myself into the semester here - the first week or so was such a false start because I was thinking about the campus visit. But our own jobtalks are in full swing and I need to be at them! And plan teaching. And write a grant proposal. And apply for a travel grant. And submit my annual report....

The campus visit was fine - I can't blog about it at the moment for reasons only partly related to exhaustion, but perhaps soon. I do know that I should know very quickly - we still keep our fingers crossed for good news for TD soon.

A-HA!!! The article is complete! (see Word Meter stage right) I am a whole 3 words over my goal! I'm going to start cutting - NAY! - slashing and burning! Okay. So, not really. But it's finally done and sent out and now I can.....

But first, Wendy's to celebrate.

Yep, it's all class all the time here at Medieval Woman HQ... 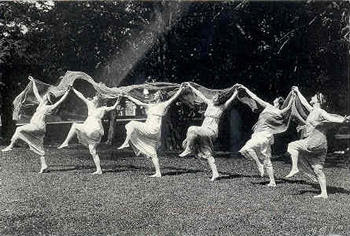 ....where I have a photocopying thumb wound! Those machines can be savage when not treated with respect.

So, I'm there for like 4 hours yesterday making copies which will then be scanned into pdfs for my grad class. TD is my faithful sidekick, but has gone around the corner to get himself some coffee and me a muffin.

An attractive, well-dressed, late 30s-ish woman walks in and is copying across the "work island" from me. She notices the seven hundred and four different medieval books I'm calmly taking the little sticky-notes out of (a mix of primary and secondary reading, of course). And she says,

Lady: Are you torturing your students?

Lady: They let you teach a grad class with a master's degree??

Lady: You're too young. But, anyway, do you teach this stuff??

Lady: I hated the Canterbury Tales in highschool. I read the Cliffnotes version and hated it. We had to memorize the entire Prologue....it sucked.

MW: The entire General Prologue, or just the first 17 opening lines or so?

Lady: No, the entire thing! And it was in that ancient language. Did you know that it was actually written in an entirely different language??

MW: No. I didn't know that. I just hope no one recognizes that gap in my knowledge if they read my dissertation.

MW: I have ways of putting down insurrection with violence. They won't know what hit them.

And then a nice Indian man walks in and wants to know how to use the machines.

MW: Oh, I don't work here, but I can show you quickly. Do you want them stapled?

MW: Okay, that's easy - you just put your credit card in the thingy and then...

I proceed to show him how to put the originals in and what to punch on the keypad. And then I notice an outsider who is sidling up to my machine as though he's going to poach it! So, similar to the Romans when they left Britain, I decided to withdraw my troops in order to protect my photocopying empire.

At that moment, the man I'd been helping put in his card and it immediately shot back out at him. He looks at me expectantly.

MW: Oh, it might need another card - you can ask one of the photocopying people to help you at the desk - I've got a ton to do here (I say, glancing significantly at the poacher).

Man: The Staples guy looks busy. You do it.

Man: You can just do it. (He starts trying to force his credit card and papers onto me).

MW: Look, I have a ton of my own work to do. I'll call the guy over...(begins to wave hands in the air like I Just Don't Care).

Man: (looking irritated and hurt) I don't see why you couldn't have just done it for me.

At that point, TD brought in my chocolate chip muffin and I nibbled it to calm my ire. Why did he want me to do it? Was he afriad of the Staples guy (a skinny, acned kid of about 16)? Or was it because I'm a woman, maybe?

How is it that I look old enough to be entrusted with a stranger's credit card to make copies for him, but so young that the mere suggestion that I have a Ph.D. is enough to make a women who is not much older than me react with complete, total, monolithic disbelief??

I told TD the story as we continued copying and we laughed and laughed....
Posted by medieval woman at 10:05 AM 11 comments:

Three Days into the New Year

First off, I want to thank all of you who sent such awesome comments about my last post on teaching writing. It confirms that I am not an island (which I dig - I can be a peninsula, but not an island) in the whole "teaching" thing. I heartily agree with Pilgrim/Heretic in that most students think of their educations as discrete hoops to jump through rather than skills that build on one another. I've built some pre-emptive exercises into my syllabus this time - I'm not sure if I'll have time for an entire day of workshopping (although I'd love to), but I do have an assignment built in. Thanks again!

Now, to the New Year. TD and I had a wonderful New Year's eve with friends, excellent food, and tons of champagne. We heard yesterday that TD's interview with Slightly More Distant Neighboring U has been postponed - another postponement in this process - ARGH! The guy got delayed driving back from his holiday destination in the giant snow storm that has blanketed much of the north, so it's not anything more sinister than Mother Nature (when TD said, "There's some bad news about...." - I thought he would say they already hired someone!). But, the waiting continues to feel like tiny little cuts on my psyche. So now, he might fly back here with me after our week at Dutchman U (we go there tomorrow until I come back the 11th) at the end of next week. But this all depends on whether the guy will get back to TD or not. C'est la guerre.

I'm going to list my 2008 New Year's goals/wishes/pipe dreams now - keeping in mind that it all hinges on a job offer (it's the keystone for our entire set of goals - fun times).

1) The token "lose weight" resolution - why break with tradition? Is anyone else terrified about the crazy amount of "alli", "Weight Watchers", "Jenny Craig", etc. commercials on TV? How gendered is this assualt? I can't watch the Law and Order New Year's marathons and snack with impunity anymore!

3) At least one more article accepted for publication and a nice headstart on the book manuscript.

6) To shed my gloom and doom outlook. So many people have it so much harder...
Posted by medieval woman at 11:55 AM 2 comments:
Labels: New Year's resolutions
Newer Posts Older Posts Home
Subscribe to: Posts (Atom)